Different views are commonly used in Wrist MRI scans to provide images showing different details of the anatomy of the wrist.

The axial view is the view of the wrist from the fingers, looking towards the elbow.

The coronal view is the view from the top of the wrist.

Different image types are used to highlight different elements within the body.

T1 weighted images can be identified as ‘fat based images’, as they emphasise body fat in tissues. They are also used to highlight anatomical detail. 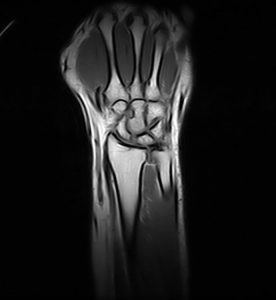 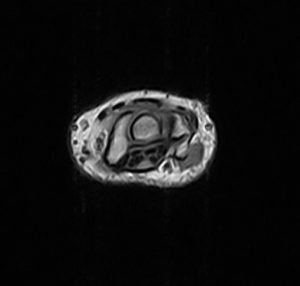 T2 Weighted images can be identified as ‘water based images’. These are used to emphasise water in tissues such as inflammation which is common in many pathology and injury processes. 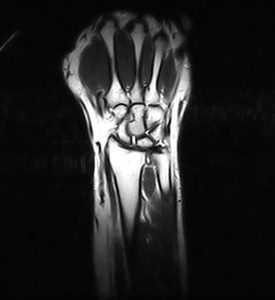 3D Hyce images are generally used to create a more accurate 3-dimensional image set of the region being scanned. This is important when finer anatomical detail is needed.

In wrist studies the 3D Hyce sequence is typically performed in an axial view. 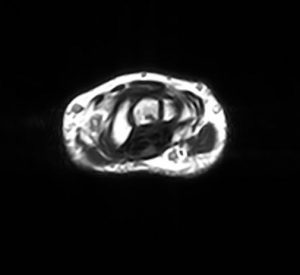 The X-Bone sequence is specific to Esaote brand MRI scanners, as used at Bayside Standing MRI. It is a combination of T1 weighted, T2 weighted, Proton Density and STIR images. It is therefore a mix of all 2d sequences which can be used to better highlight certain types of problems than individually performed sequences.

In wrist studies, the X-Bone sequence is typically performed using a sagittal view.